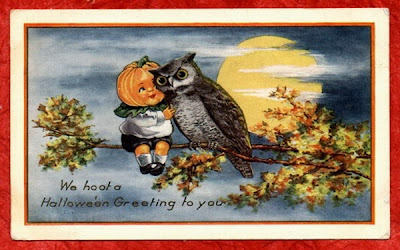 What plans do you have?

I'm going on the ghost walk in Exeter…. yes, yes I know I've done this lots of times!!
Last year we had to cancel because the weather was so bad & this year doesn't look good either.
We'll be heading to the pub after for a Halloween quiz!

Re Big Country…… I had a great time!
However I paid for it yesterday…… I'm never drinking again!!!

Just popping in to tell you how excited I'am about seeing Big Country tonight! 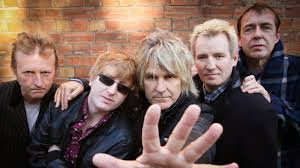 Who's old enough to remember them?

After the death of Stuart Adamson in 2001 the music lives on with Mike Peters (from The Alarm) taking over as lead singer.

It's no secret that I love Mike Peters! He plays once a year in Exeter & it's always a fantastic night however this year he's touring with Big Country so won't be doing a solo tour.

I've never seen Big Country but I was a fan in the 80's so I'm looking forward to a good old sing song!

It was a shock to go back to work yesterday & this week being 1/2 term should mean an increase of customers in the shop.
We'll be having Halloween fun in the shop from Thursday with pumpkins, treats, lucky dip etc
The staff are going to dress up too…… photo's to follow! 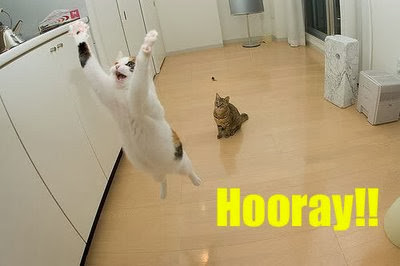 It's been over 3 months since I last had some time off from work & boy do I need it!

I had to work Monday & Tuesday as my deputy is not ready to run the store alone for a whole week but at least I get 5 days off.

I'm still trying to shake off this cold so I'm being very lazy, I've got a busy week next week so must feel better. 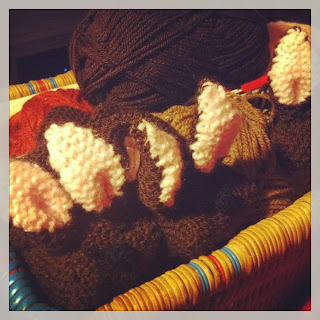 Plus make lots of things for the next Crikey fair in November.

My head is spinning with new ideas but I don't have enough time to make it all.

OH goes away this afternoon until Monday so that should give me some time to crack on.... if you see me on FB or Twitter please tell me off!!!

The last week has been a bit of a roller coaster!

After battling a cold it finally got me on Wednesday so my day off today has been spend in bed feeling very sorry for myself. I shouldn't be surprised, I get a cold every October..... you know the big one that knocks you for six!
Just hoping I'm well enough to go to work tomorrow because at the moment I'm aching all over & feel terrible. 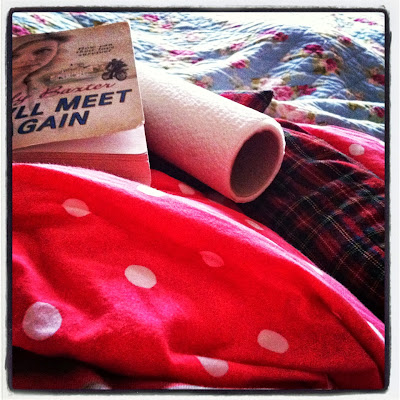 Last week I want to the doctors about my foot. It's been hurting for weeks & I've noticed a lump on the top. I remembered back in August 2012 I fell over in the garden on the eve of my mum's 70th birthday. I worked the following day & went to the party, my foot was very badly swollen & I could hardly walk.
Well it turns out I damaged my tendon! Walking on it for over a year hasn't helped at all :(
The doctor suggested I took a week off sick from work to RICE but how can I do that when I've only just started a new job? He then suggested that I should sit down at work.... easier said than done in a shop!
Thankfully I have 5 days holiday next week, I'm planning on taking it easy as I was told if it hadn't started to heal in 2 weeks I would need physiotherapy & possible a visit to the hospital! 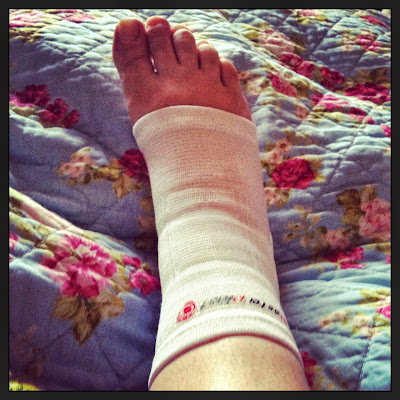 So this has been me for the last week, shame I can't get my new shoes on now!

I casually mentioned for the last 6 months my hands are sore when I wake up & I've started to lose the feeling in them. I knew what it was but I didn't want to admit it but as the feeling was taking longer & longer each morning I knew I had to say something 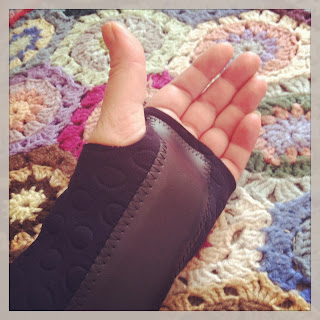 Cue the hand splints!
Yep I have Carpal Tunnel Syndrome..... oh the joy!

There's 5 things that can cause this:


I thought it would only be a matter of time. The splints are uncomfortable but I'm getting used to them & my hands don't hurt as much in the mornings. Just hope I don't have to have a op but I think it might have changed since my mum had it.

So as I said I'm feeling pretty rubbish..... well they say things come in 3!

Lucky I have nurse Popsy to look after me

Another 3 books in September, although one was a child's book so I'm not sure that counts! 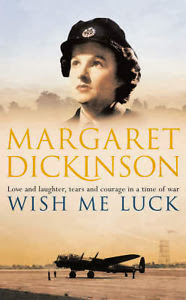 Fleur Bosley didn’t believe in love at first sight, at least not until she bumped into Robbie Rodwell on a railway station in the blackout of wartime Britain. Posted to a newly-built Lincolnshire airfield, Robbie as a wireless operator on bombers and Fleur as a R/T operator in the watch office, their only escape is to the little cottage in the nearby village where Fleur is billeted with another WAAF, Ruth. The two girls become good friends, but Ruth, already hurt by the loss of one of the pilots, does not approve of wartime romances. And Ruth is not the only one to disapprove. When Fleur’s mother hears Robbie’s name she becomes hysterical and bans him from her home. The young couple are determined to grab their happiness where they can, but is it a kind Fate or a cruel one that has brought them together when secrets from the past threaten their future? Away from their families, there is fun and laughter, the aircrews determined to make the most of every day, every minute, but whenever they fly off into the night on a bombing raid, Fleur must keep watch until the early hours praying that Robbie’s plane comes back . . .

Another great WW2 love story. I really enjoyed this book & found myself looking forward to lunch, bus journeys etc so I could continue. I was naughty & even read it behind the counter at work one day.... shhh don't tell!!
I'm looking forward to reading more Margaret Dickinson books. You can find it on Amazon, however I brought it from my shop. I finished it on a Sunday & re sold it on Monday morning!
9/10 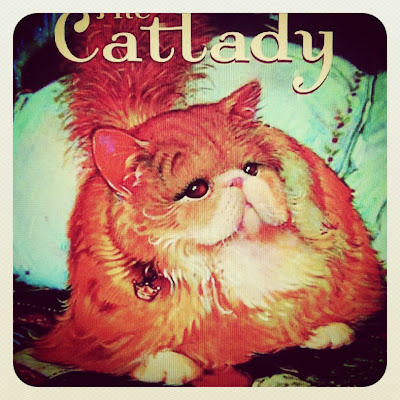 Muriel lives alone with lots and lots and lots of cats. But Muriel's cats are no ordinary cats - they were once people she knew, now reincarnated in feline form! Muriel shares her house with various (deceased!) members of her family, and one rather special cat - the late Queen Victoria! An unusual tale of animal madness!

Now this is the one that I think won't count!
I'd forgotten my book so I picked this one off the shelf at work. It was a fun read & although a children's book I think it has a strong message behind it. I would love to come back as a cat (no surprise!) It's on Amazon but not cheap.
8/10 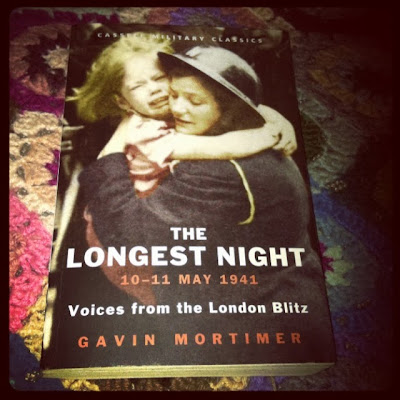 The Blitz is one of the best known events of the Second World War. It affected more British people than any other 'battle': soldier or civilian, man or woman, adult or child -- the bombs made no distinction. Over 40,000 people were killed in the German air raids and many more injured. The scars on London took 50 years to repair and even now there are sealed up air raid shelters where the bodies remain entombed.
London's firemen and emergency services did their jobs under a rain of bombs night after night, for eight months. Whole crews sometimes died as buildings collapsed on them: some of these heroes are commemorated today by having streets in the East End named after them.
Gavin Mortimer concentrates on one night: the particularly savage raids of 10-11 May 1941 to reveal what it was like to experience The Blitz. Based on interviews with survivors, his gripping minute-by-minute account recaptures a time when the very survival of this country hung in the balance.

Before I started reading WW2 love stories this was the kind of book I would enjoyed. I find this one really hard going at first as there's a lot of details & so many people to remember but half way through I was glad I stuck with it. It was really interesting but also an uncomfortable read, is it right that we dress up & go to 1940's event when so many people suffered so badly? But then you could look at it that we're remembering & thanking them for what they did for the country... tough one. This was another bargain find from the shop but you can get it on Amazon
Although this is a good book it's not a light read & would only be suitable for WW2 nerds!
8/10

Half way through October & I'm only on book 26, I think it's safe to say I'm not going to hit the 50 books this year! I'm pleased that I've done this well, as regular readers of my blog will know I stopped/slowed down reading for a couple of years when I got my iPhone/iPad but I'm back now!
If I can hit 30 this year I'll be happy, next year I'll try again. 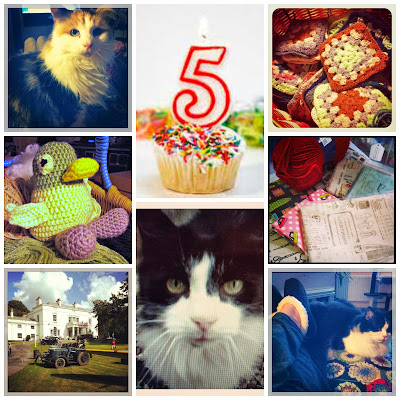 Yep another month as gone by!

I'm loving the autumn feel, so glad to be wearing my cardigans again..... in fact I've brought 2 new jumpers & 1 cardigan this month!

The month started with a visit to Lupton House, another great 1940's event, followed by my birthday meal with friends.
I remembered my dear cat Charlie & celebrated my 5th anniversary in blogland.
Lots of making, watching TV with my girls, a visit to the hobbycraft fair & lots of hard work in the shop!

Let's see what October will bring!