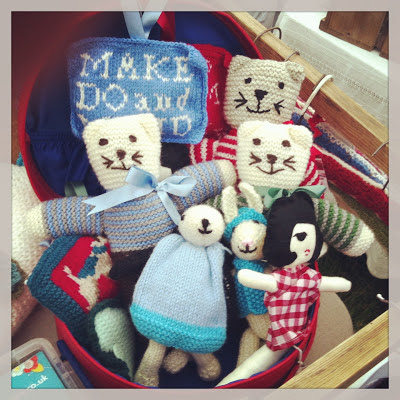 So another week has passed & I haven't told you about my lovely weekend. 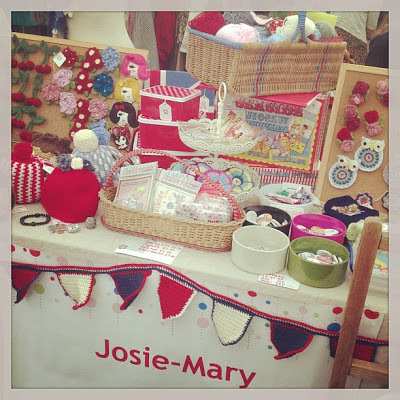 Although the sun didn't shine as much as we wanted & it rained we still had a great time! 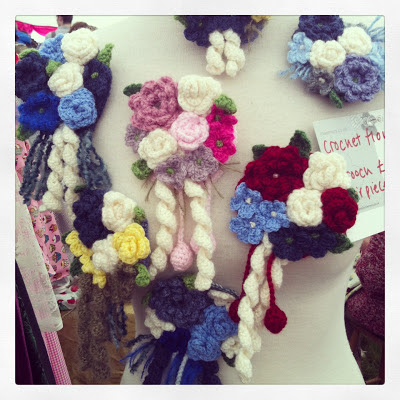 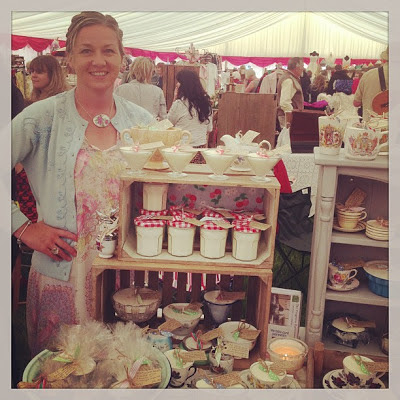 My lovely neighbour for the weekend...... Sam from Peagreen Furniture
her candles are lovely!
(Photo from Soap Daze) 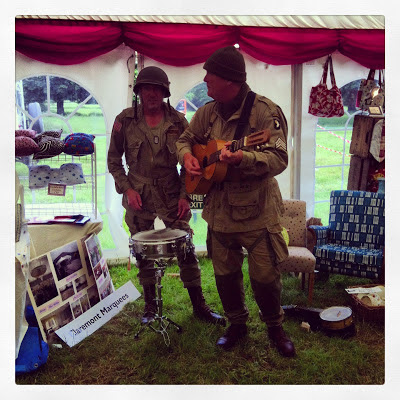 The brilliant Blitz and Peaces kept us entertain! 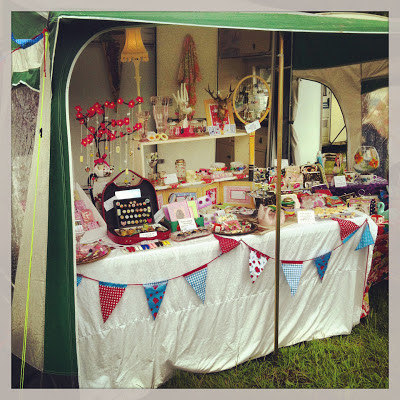 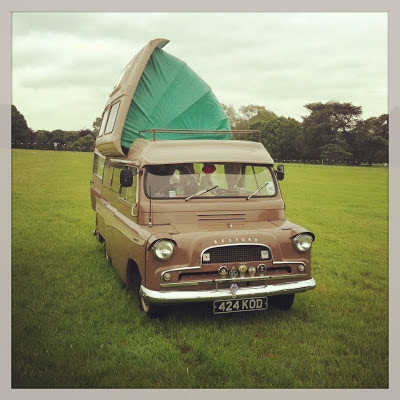 I fell in love with this camper!

You can read more about it here, here and here
You might even spot some familiar faces in the last link! 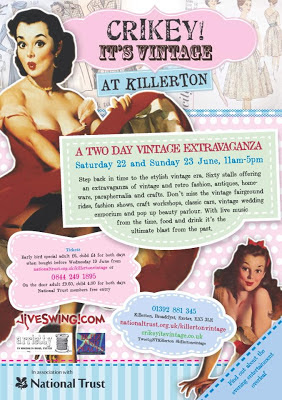 I will be selling on both days.

I was planning on taking my parents caravan to stay over on Saturday night but what with the weather & a broken wheel it's not a good idea!

So have you made loads of things I hear you ask 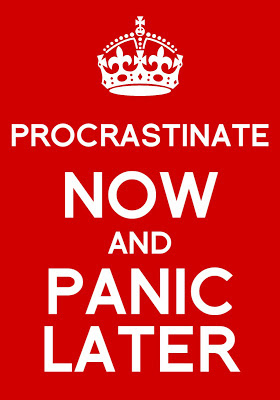 This always seems to be my motto for Crikey!

I have 4 hair pieces, 1 cherry brooch & some badges to make before Saturday!

Back soon to let you know how I got on & to give you news on the job front.

Have a good weekend & stay dry!

So here we are matching towards the end of June & I'm only just telling you about the books I read in May! 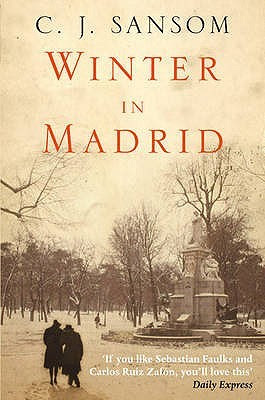 1940: The Spanish Civil War is over, and Madrid lies ruined, its people starving, while the Germans continue their relentless march through Europe. Britain now stands alone while General Franco considers whether to abandon neutrality and enter the war. Into this uncertain world comes Harry Brett: a traumatised veteran of Dunkirk turned reluctant spy for the British Secret Service. Sent to gain the confidence of old schoolfriend Sandy Forsyth, now a shady Madrid businessman, Harry finds himself involved in a dangerous game – and surrounded by memories. Meanwhile Sandy’s girlfriend, ex-Red Cross nurse Barbara Clare, is engaged on a secret mission of her own – to find her former lover Bernie Piper, a passionate Communist in the International Brigades, who vanished on the bloody battlefields of the Jarama. In a vivid and haunting depiction of wartime Spain, Winter in Madrid is an intimate and compelling tale which offers a remarkable sense of history unfolding, and the profound impact of impossible choices. ‘Sansom adroitly draws the disparate strands of his ambitious saga together. His non-pareil evocations of time and place anchor his characters with satisfying precision’ Independent

I read this on my Kindle..... for a bargain price of 20p on Amazon. I started off really well then hit a block & it was a real struggle, it took me weeks to finish it.
I did enjoy it but it didn't get me hooked, I don't know why.... the story is really good & I liked the ending so maybe it was just me!
6/10 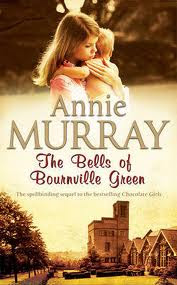 Pretty seventeen-year-old Greta has never known a stable family life. With no father, and loathing her mother Ruby’s latest boyfriend, Greta finds life hard at home and is happiest at work with her friends at the Cadbury factory in Birmingham where she is popular with the boys. Life takes a turn for the worse when her missing vixen of a sister Marleen turns up during the freezing winter of 1962. Greta soon decides that her only way out is marriage, but all too soon she discovers that life with her old class mate Trevor is not a ticket to freedom and happiness. She finds herself on the streets, pregnant and homeless… She is taken in by her mother’s old friends, Edie and Anatoli Gruschov. In Anatoli, Greta finds the father she has never had. Kindly Edie loves to mother people and is desperately missing her son David and his family who have settled in Israel. But the love and security of this haven is soon shattered by appalling tragedy, which affects all the chocolate girls and their children and changes life forever… Continuing the saga begun in Chocolate Girls, and set in 1960s Birmingham, this is a story of families whose lives are entwined, of belonging and loss… and of a young woman’s search for transforming love.


I read Chocolate Girls back in March & really enjoyed it so I was really pleased to find the sequel at a car boot sale for 50p!
This book did not disappoint & I read it in under a week! I've never read these kind of books before but I'm really enjoying them....... light hearted & easy to read.
Maybe my taste in books is changing.
I was happily going to bed for the afternoon & reading while with the other book I would do anything but read!
Maybe I should just admit it & stick to these books in the future!
9/10

A Day At The Zoo!

ok so it was a while ago now but I'll share my photo's with you anyway.

We went to Dartmoor Zoo

It was a bit of an odd day.... we got lost on the way (shocking as my dad knows where everything is!).... when we arrived my nephew just wanted to have the picnic..... then he wanted to go home!!

So it was a very brief visit, can you believe that a 4 year old didn't want to see the lion being fed!!
Odd child! 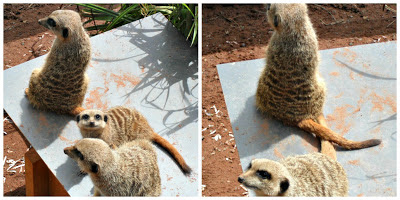 I love this bear!
The best thing about this zoo is you can get close & although it was busier than the last time I went you still had a good view.

Unfortunately due to the wire you don't see much but I guess they have to have it!!
Her food was hiden in a tree & in these photo's you can see her searching then jumping up to get it... look closely! 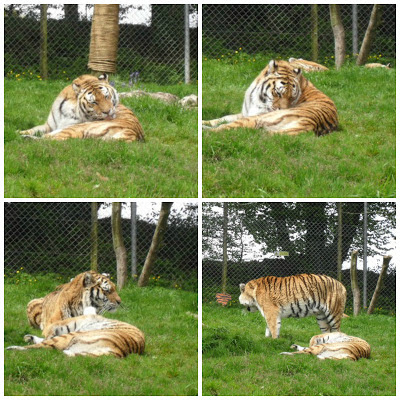 The highlight of the day!!!

As I said last time I would really recommend this zoo if you're in the area.... just avoid the film hype!
Have you seen the film?

I haven't yet but I guess I will one day.

And last but not least 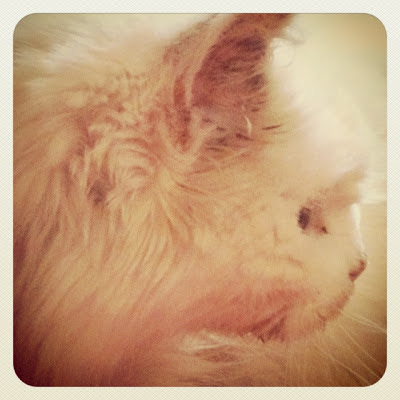 3 years ago today I lost my beautiful Zoe..... rarely a day goes by when I don't think of her & miss her.
Now if any cat would let you do cat bearding it was her!

I've just been really lazy & haven't got around to posting.

May was a different month for me..... no work!
Lots of making, seeing friends, birthday parties, housework, cooking, spending time with my girls & going to the zoo!

I could get used to this lady of leisure malarky! 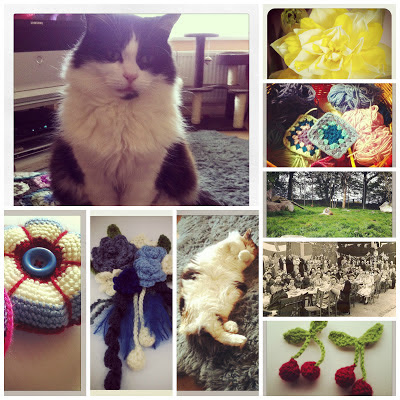 I'm a bit behind on the posting front...... I will share my photo's of the zoo plus my normal book review for the month as soon as possible.

Enjoy the sunshine while it last!