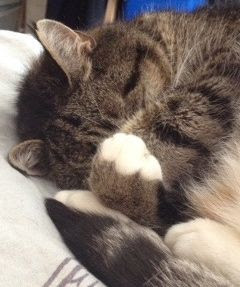 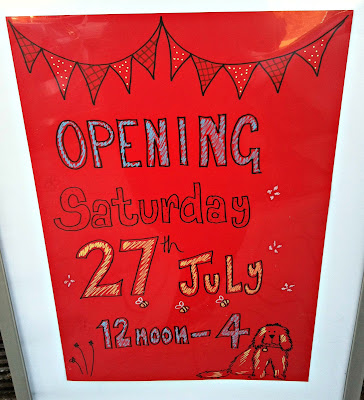 Just a quick update to let you know how my new job is going.

It's been crazy & I can't believe I've been working there for nearly 3 weeks.

For the last 2 weeks I've been in my shop getting things ready for the grand opening tomorrow! 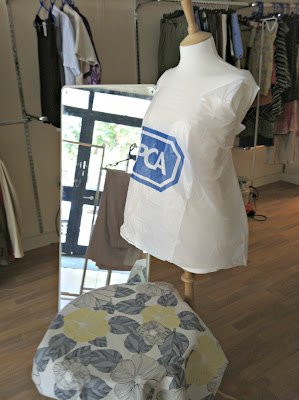 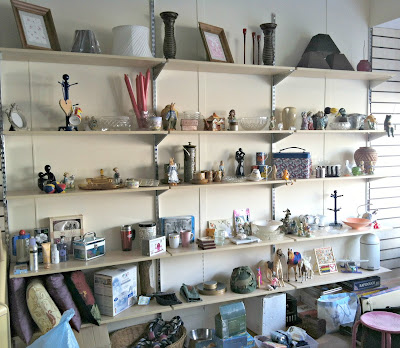 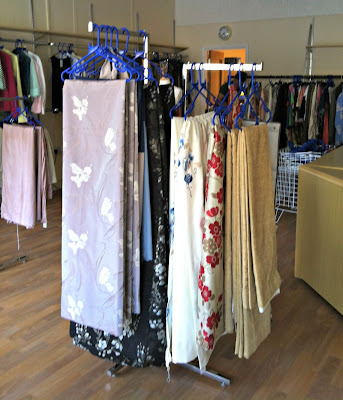 The shop was empty on Monday & now we're busting with stock!

Lots of people are donating...... today I took in 8 bags!
So many kind people out there.

I'll take loads of photo's to share..... we even have some dogs coming!

I can't believe it's nearly the end of July & I still haven't got around to doing June's book reviews!!

It's been a busy month for me, things are getting back to normal...... working, meeting friends etc. 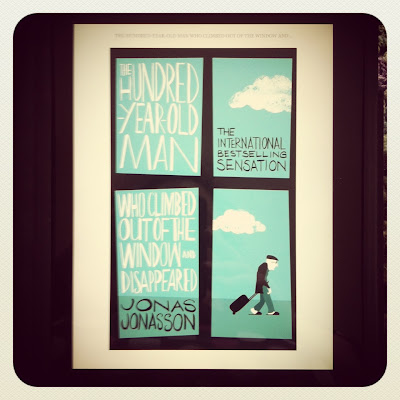 It all starts on the one-hundredth birthday of Allan Karlsson. Sitting quietly in his room in an old people’s home, he is waiting for the party he-never-wanted-anyway to begin. The Mayor is going to be there. The press is going to be there. But, as it turns out, Allan is not… Slowly but surely Allan climbs out of his bedroom window, into the flowerbed (in his slippers) and makes his getaway. And so begins his picaresque and unlikely journey involving criminals, several murders, a suitcase full of cash, and incompetent police. As his escapades unfold, we learn something of Allan’s earlier life in which – remarkably – he helped to make the atom bomb, became friends with American presidents, Russian tyrants, and Chinese leaders, and was a participant behind the scenes in many key events of the twentieth century. Already a huge bestseller across Europe, The Hundred-Year-Old Man Who Climbed Out of the Window and Disappeared is a fun and feel-good book for all ages.


I'm sorry to say this was the only book I read in June!!!
It was another book that was recommended to me but I'm not sure I enjoyed it.
I found it really slow & often boring in parts...... it seemed to go on forever!
I liked the idea & it was very clever how it linked to history but it just wasn't for me. It has really good reviews so I'm sure it's just me...... have you read it?
The best bit...... it was only 20p from Amazon when I brought it!!!
It was well worth that
6/10

I'm pleased to say I'm doing much better, I've read 3 books so far this month.
But I'm currently 9 books behind my target!

Back soon to give you an update on my new job...... I love it!!!
You can follow our progress on Facebook

If you're a regular reader of my blog you'll know I haven't worked at Laura Ashley since the end of April.
I really struggled with the company/store & tried to change things but I might as well have banged my head against a brick wall!!
I was told I had so much more experience then the other managers so I had to help them do their job..... then I was treated like a child that knew nothing.
It was all very confusing!!
In February I had a bit of trouble, which I won't talk about on here, which dragged on for months & months..... this of course made me worry & then I became ill.

So after having 7 weeks off sick with stress I decided enough was enough so I handed in my notice.
I'd forgotten who I was..... I didn't like the miserable cow I'd turned into, nor the panic attacks & the sickness that happened every morning when I had to leave for work!

But in true LA style I heard nothing & when I contacted them on my last day to ask if I could collect my things I was asked to reconsider & stay!
When I went in to the store I was treated so badly I knew then that things would never change.

Now I know you must be thinking I'm crazy giving up a job in these times but my health is more important & I had enough money to take a year off.
Which is what I planned to do..... maybe work part time to pay the bills but I wanted to focus on my crafty stuff.
(BTW Cath Kidston turned me down yet again..... I don't have enough experience to work part time in their stores!)

When I heard about a new RSPCA charity shop opening in Exeter city centre I thought I'd apply for the managers job...... I had no charity experience but I hoped my 23 years in retail would help!

I've always wanted to work for them but knew that an inspector would be out of the question!
This was something I'm good at (Yes Laura Ashley I am good at my job!) & I could help raise money for a charity I'm passionate about.

It took 5 weeks to hear back but I was lucky to get an interview...... I was going up against managers from charity shops so I had to know my stuff!
They interviewed all day & at 7pm I got the call to say 'they loved me'!!!
But because I had no charity experience I had to return to the shelter to meet some trustees to show them I could do the job.
They offered it to me on the spot!!

So this week saw me start my new career!
I'm working for the RSPCA Little Valley Animal Shelter which is separate from the main RSPCA as all the money raised helps just that one shelter.
(Jean & Popsy came from here)
Some people have been surprised by my career change but I think it'll look good on my CV..... lets face it if I can manage a team of people working for nothing then I'm sure I can manage anyone!

I'm training in another store this week before I start setting up my own store over the following 2 weeks.

After 4 days I'm really enjoying it....... it's like going back to basics for me, lovely easy till system, chatting to the customers with no pressure to make them spend thousands or worse open a credit card!
We've had lots of laughter & I've spent loads!!

I've also been shopping for display pieces for my shop..... they're letting me have free rein & I'm planning on doing something slightly different from a normal charity shop but I will tell you more when it happens.

So do you want to see what it looks like so far??? 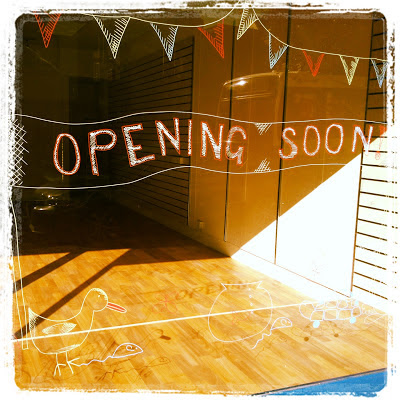 Looking a bit empty but I'm sure it'll fill up soon... I'll let you know when we open so if you're local you can pop in (a bag of goodies is always welcomed!) 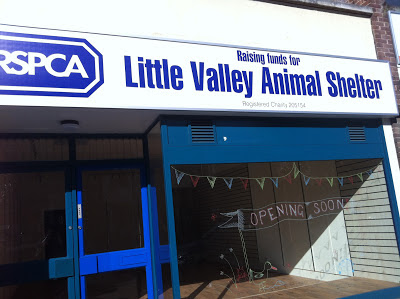 This weekend saw the South Devon Railway step back in time for their military weekend.
We visited in 2011 & 2010

Last year the rain was so bad on the Saturday we had to cancel but this year the sun well & truly had his hat on!!! 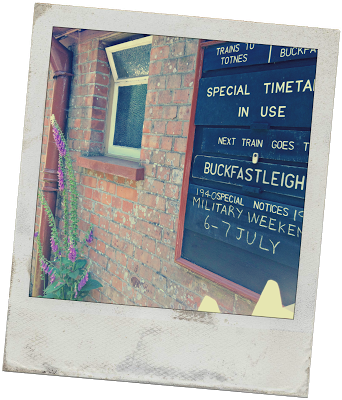 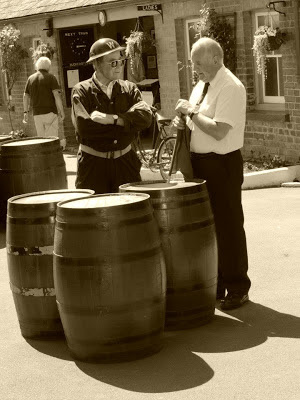 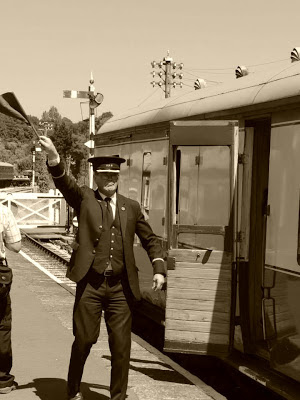 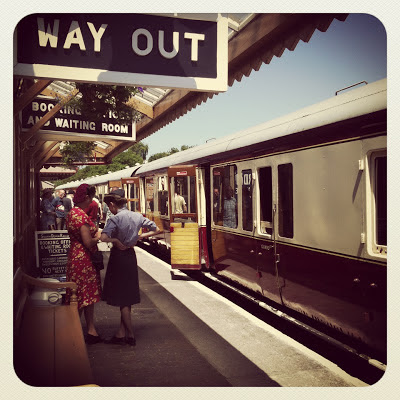 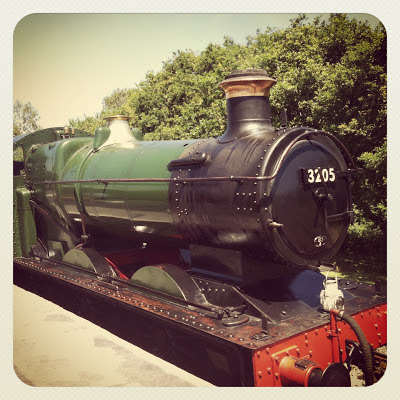 The best things about the train...

1- The lovely toilet! Love the colour 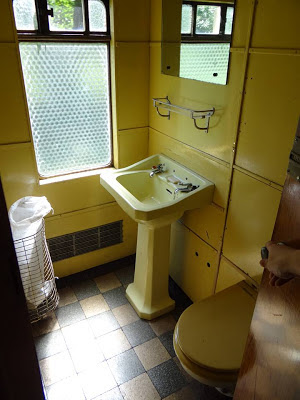 2- The company! Beautiful aren't they? Look at his socks! 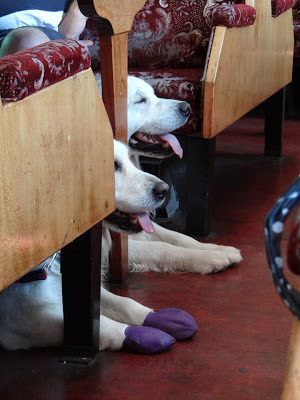 Victory rolls not holding up in the heat! 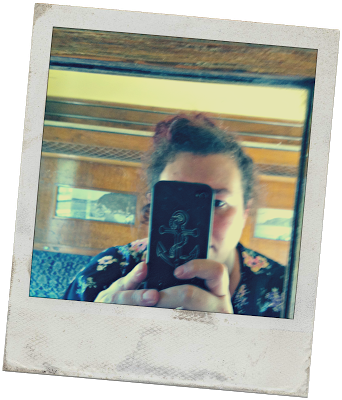 Blimey it was warm on that train!

Wish this was my car! 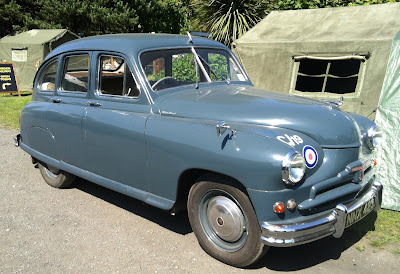 The goodies I brought..... more postcards for my board & a war time cookery book. 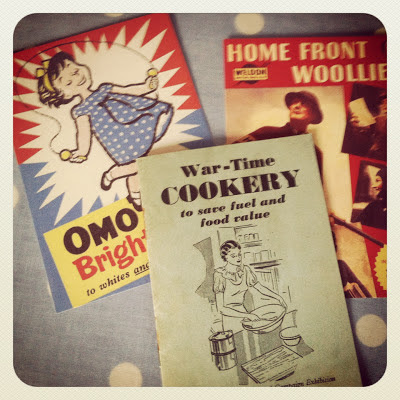 And another tea towel..... ssh don't tell OH, he says we have way too many tea towels! 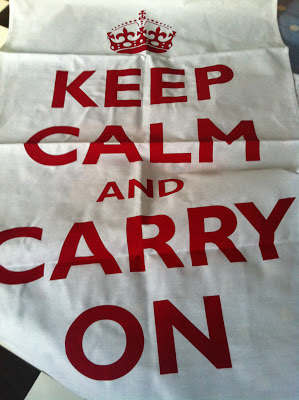 We had a great day..... thanks to my brother & his girlfriend for taking me
Some of the photo's I've pinched from his Facebook page too!!

Promise I'll be back with a work update soon!! 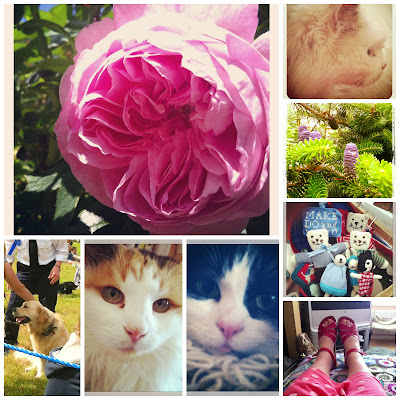 Another month gone by and what a lovely month it was!
Another work free one!

Spending time in the garden with my girls, OH's birthday party on a warm sunny day, a sad day as we remembered Zoe's 3rd anniversary.
New shoes!!!
Crikey at Killerton (Shame the sun forgot to come!)
And the last day of the month was hot & sunny so we visited our local RSPCA shelter for their open day & dog show.

Back soon with my monthly book review & a update on the job front. 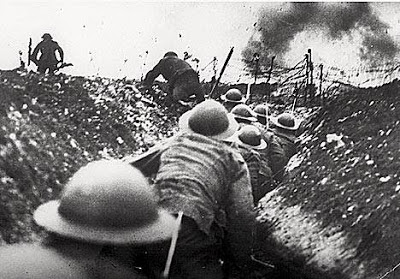 On this day in 1916 the British Army suffered its worst day, losing 19,240 men on the first day of the Battle of the Somme. By November 1916 more than one million soldiers were dead or injured. Their sacrifice must never be forgotten. 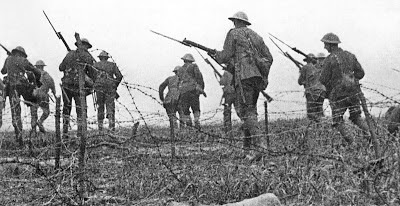