I did very well in June, my first book is actually 3 books in one!! 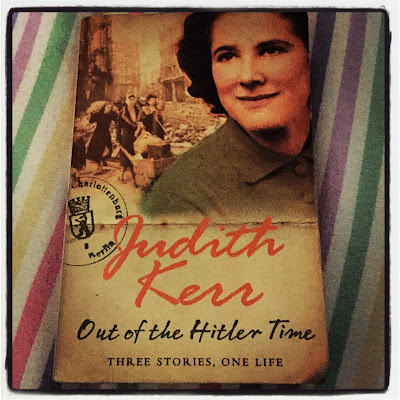 An omnibus edition of Judith Kerr’s internationally acclaimed trilogy, When Hitler Stole Pink Rabbit, The Other Way Round and A Small Person Far Away, we see the world through Anna’s eyes as she grows up – from her much loved family to Hitler’s holocaust.
Anna was a German child when she had to flee from the Nazis before the War. By the time the bombs began to fall she was a stateless adolescent in London, and after it was all over she became a happily married Englishwoman who thought she had put the past behind her.
This omnibus edition of the three volumes of Judith Kerr’s Hitler trilogy, tells her story beginning with the rise of Hitler in 1933 through to her return to Berlin years after the war.

I found the first 2 parts gripping & couldn't put them down. Such a brave family packing up their lives to move away from the horror that was going to happen to Jews in Germany. I really warmed to Anna & wondered what it would be like at that age to be moved around to different countries when you couldn't speak the language. At that age you don't understand the reasons why & no wonder she felt she had no home.
However the 3rd part was harder going, it follows Anna as an adult after the war & focuses on her mother. I must confess I didn't like her mum...... I can't put my finger on why but I felt she was a selfish, self centred person who didn't think about the impact of her actions on her children. Maybe I was missing something!
I thought this was a great book & would recommend it to anyone who enjoys reading books about the holocaust.
9/10 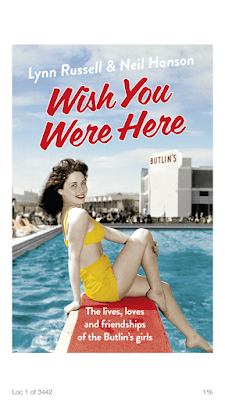 Touching true stories from the heyday of the Butlin’s holiday camps.
‘When I got to the camp I felt as if I’d suddenly walked into Utopia – it was so colourful, so warm, so friendly. There were lights across the roads, there were banners fluttering in the breeze… There seemed to be laughter coming from every building.’
With grey post-WWII skies hanging low over Britain, factories lining the streets and smoke stacks dotting the horizon, there was one way that ordinary families could escape: the ever-cheerful holiday camps of Butlin’s.
When Billy Butlin founded his holiday camps in 1936, they were bastions of community spirit and havens of luxury. Here, for one week, wives and mothers were freed from the toil and drudgery of housework, children ran free through the grounds, fathers and husbands hung up their work clothes. Ever-helpful redcoats were on hand all hours of the day, dinner halls ready with plentiful food for old and young alike, bars stocked to quench any level of thirst, ballrooms waiting to be flooded with shiny shoes, rustling dresses and peals of laughter. And, as the sun went down on another exhausting, happy day, a chorus line was ready to sing holidaymakers back to their beds.
Rich in period detail and highly evocative, Wish You Were Here! tells the story of seven women who worked as redcoats in Butlin’s Golden Age. It’s all here: Knobbly Knees and Glamourous Grannies, the laughter and tears, hardships and heartbreaks, loves and losses of their lives in and out of the holiday camps, and above all the lifelong friendships they formed with each other and those who also worked or holidayed there.
Funny, moving and heartwarming, these are the timeless tales of a community spirit that burned brightly in a much-loved British institution.

I brought this book on Kindle for a bargain price of 99p, I love social history books & I found the cover helped!
Wouldn't we all love a Butlin's holiday in the 1950's??
It didn't disappoint! I read this within a few days & love it!
It's based around peoples memories of working in Butlin's between the 50's to the 80's.
There are some very amusing stories plus some sad heartbreaking stories towards the end of their lives. It's lovely to hear there's a reunion group that still meet every year.
If Butlin's would like to run traditional holiday's again then count me in!!
10/10 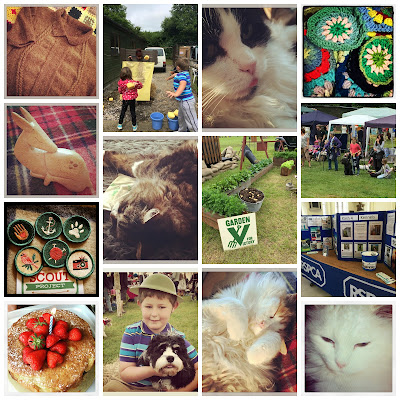 June was a very busy month for me..... 1st June saw the start of the national RSPCA week which as part of my new role I had to help organise a collection day at Tesco's & a coffee morning in Exeter High Street. Celebrating OH's birthday with a yummy cake & lots of shots!
Finishing my Landgirl jumper, remembering Zoe, cracking on with my hexagon blanket, spending time with my children, treating myself to some great badges from The Scout Project, a day out to Bristol for the Dig for Victory show.
Then I finished the month off with the Shelter Day which you already know about. 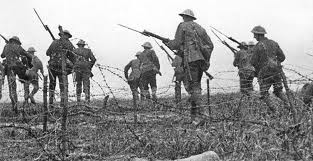 They shall grow not old, as we that are left grow old:Age shall not weary them, nor the years condemn.At the going down of the sun and in the morning,We will remember them.